In many countries it is prohibited to land only shark fins. The regulation of "fins attached" applies. This is to prevent cruel finning. Since the fins are the commercially most valuable part of the sharks, now, in addition to the marketing of shark cartilage, various other shark products are sold to increase business profits again by marketing the entire shark body. Shark products are often found in unexpected places. For example, in restaurants, clothing stores, accessories, dog food, fertilizer, gelatin or cod liver oil. 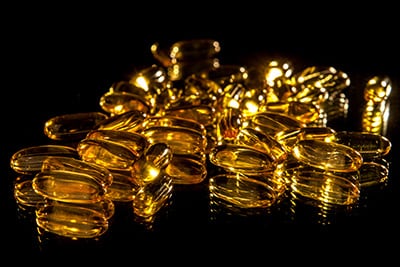 In the health sector, shark cartilage powder is marketed as a fitness-enhancing food additive, although shark cartilage in this form makes you just as fit as powdered pigs' ears. Shark liver oil (rich in vitamin A) is also a common ingredient of the well-known cod liver oil.

We find shark products in dog food, fish meal and even in fertilizers.

Shark skin is used to make leather products such as wallets, shoes or watch straps.

In industry, squalene, which is obtained from shark liver and which is very oily, is used, e.g. as a base for lubricants and cleaning agents, although an absolutely equivalent squalene can also be obtained from plants.

In the gelatine sector (food/pharmaceuticals), however, shark collagen has little market potential, although Spain in particular is trying to penetrate the market with shark collagen and hydrolysates. Spain is one of the world's largest shark-catching nations. In 2002 it banned, under pressure from the EU, the landing of shark fins alone ("fins attached" regulation). According to the law, intact shark bodies must be landed, including fins. The bodies are now used to make cartilage powder.

In the cosmetic sector, collagen extracted from shark cartilage is used for anti-wrinkle creams and other preparations containing collagen. Collagen from sharks is a) BSE-free and b) kosher/halal product, which makes it interesting for the Arab and Israeli markets.