The Mediterranean Sea around Greece hosts a remarkable biodiversity of sharks, skates and rays. Thyrty-seven shark species have been confirmed in Greek waters so far, but little species specific data is available so illegal trade in protected species exists. 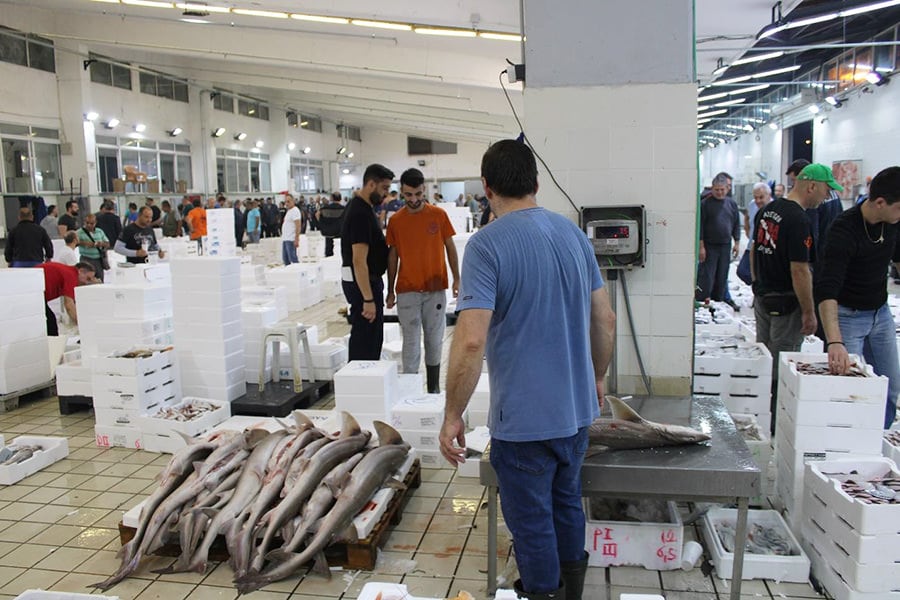 The Greek seas host a remarkable biodiversity of sharks, skates and rays with 67 species confirmed to be present so far. Based on the latest Mediterranean assessment of the Red List of the IUCN 21 out of 37 shark species found in the Greek waters are considered threatened (vulnerable, endangered, critical). Sixteen shark species are protected based on national and international legislations (including the Barcelona Convention, the Bern Convention, CITES, GFCM recommendations and presidential decrees). But no species specific data is available as there is no specific fishery targeting these species and most them are discarded due to their low commercial value. Those landed are reported in aggregated categories. As there is no actual data on protected species landed, there is a high risk of illegal trade in protected species.

In 2019 iSea launched the project “Elasmobranch Fisheries and Trade in North Aegean”. The project aimed to systematically monitor the landings and the marketed sharks and rays in four major ports of northern Greece, Alexandroupoli, Kavala, Thessaloniki and Volos, which host the biggest fishing fleets in the area. Cumulatively the fleets of these four towns contribute to about 54% of the total landings and about 50% of the total elasmobranch landings in Greece.

During the project duration of approx. one year the following activities were planned at fish auctions and smaller fish markets in Alexandroupoli, Kavala, Thessaloniki and Volos:


During the visits samples were taken for genetic identification of the species and for analysis of heavy metals, microplastics and PCBs. 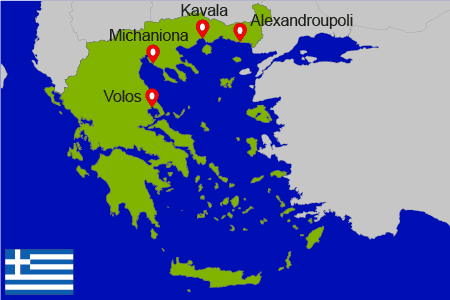 Starting from January 2019, iSea staff performed regular visits to the auction and fish markets of the four cities. In total, 24 visits were made to auction markets, six in each town, resulting in the collection of 311 elasmobranch records. On 112 occasions they collected meat and skin samples to genetically identify the species and on another 20 occasions they collected meat samples for the analysis of heavy metals, microplastics and PCBs.

Chemicals and microplastics analyses
63 samples are being analyzed.

Retailers/Fish dealers:
100% are selling fresh sharks and rays, only 14% sell frozen products.
66% are promoting sharks and rays as quality seafood, especially for kids.
40% label the products based on the category presented in the invoice.
15% of their income comes from sharks and rays.

Consumers:
85% consume fish at least once a week. But they eat shark meat only on rare occasions and almost never Angel shark.
Only 20% of the consumers know that Greek "Galeos" is shark and "Vatos" is ray. None knew that "Rina" refers to angel shark.

Social Media Campaigning
Some posts regarding illegal trade and fishing of sharks and rays in Greece appeared both on the Facebook and Twitter channels of iSea.

One scientific publication on the results of the project has been published, another two are in preparation.

The Shark Foundation partially funded expendables, the procuration of samples as well as travel expenses for the project. The team awaits results of the chemical analyses and publications are still being prepared. Nevertheless, the project reached its goal and a follow-up project is already being discussed.

The project was successfully completed in 2019.