Shark Reef off the south coast of Viti Levu was intensively fished by the fishermen of the village who owns the fishing rights to the reef. This resulted in a strong reduction of local shark stocks and generally affected the biodiversity of Shark Reef and the surrounding waters. 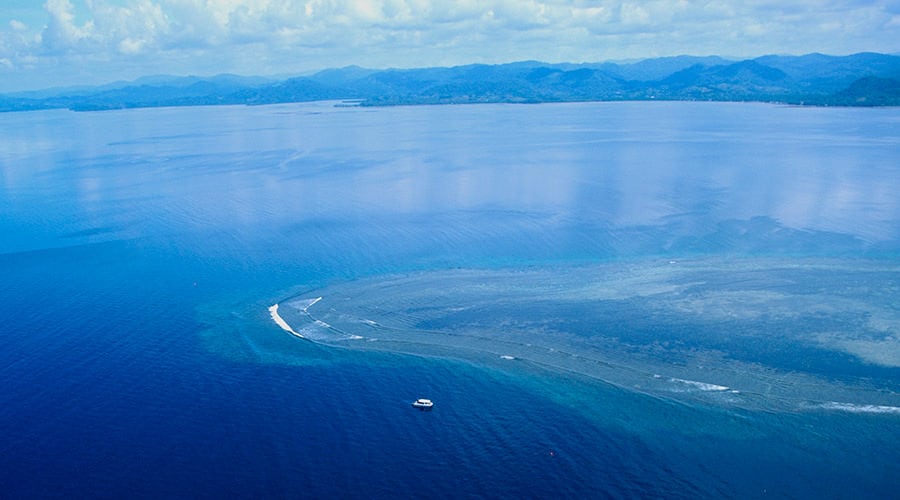 In many regions diving tourism has become an important factor in shark conservation. Studies from the Bahamas, South Africa, the Maldives and other major diving destinations show that the value of a life shark that can be encountered in its natural habitat is about USD 10,000 a year. In contrast, a dead shark that is killed exclusively for its fins and other products only yields about USD 500 once.

Shark Reef and the surrounding region should be given a chance to recover and return to its natural state by removing the pressure of the local fishermen.

Shark Reef Marine Reserve is not only a successful shark conservation project in the South Pacific, but also serves as the main field site of the Bull Shark Tagging Program. In this marine reserve sharks and many other fish species can be directly observed and, if necessary, tagged with satellite and acoustic transmitters. 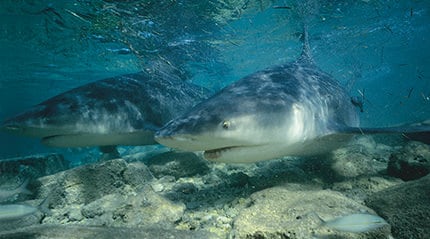 To control compliance with the fishing ban, the Shark Foundation financed the boat "Reef Warden", in which trained gamekeepers patrol the reef and drive away illegal fishermen. 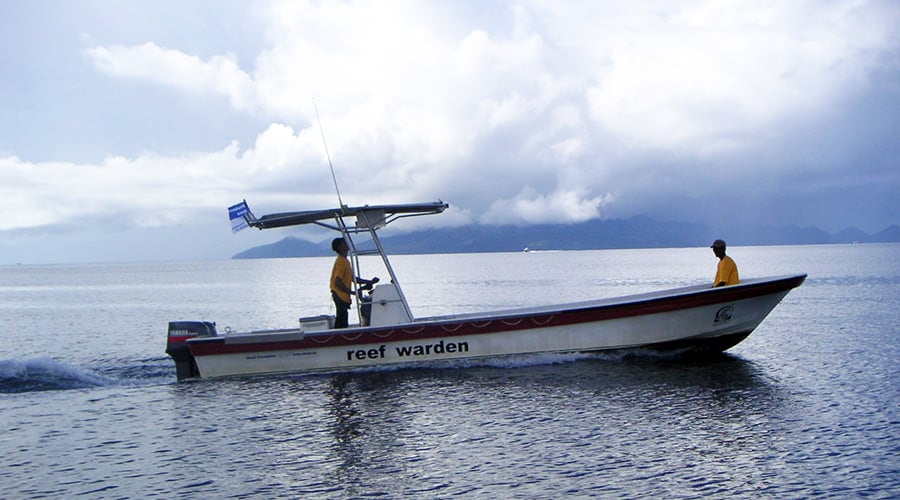 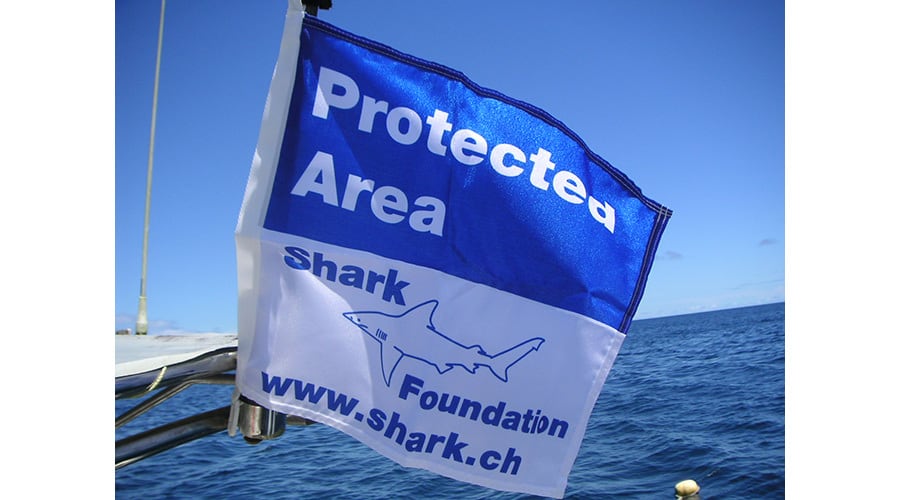 The Shark Foundation flag for Fiji

After only a couple of years a significant increase in the number of sharks in Shark Reef was registered. Besides up to eight different shark species, more than 400 species of fish can be encountered regularly in the Shark Reef Marine Reserve. The number and biodiversity of bony fish also increased markedly.

The long-term bull shark tagging program (also see the Foundation's project on bull sharks in Fiji) has up until today proven to be very successful and delivered significant new knowledge on the migrations, nurseries, biology and behavior of bull sharks in the region.

These results convinced the Fiji Government of the project's sustainability and they now support it.

Other fishing villages in Fiji are showing strong interest in this model.

In 2009, the project team produced a TV spot in which the important role of sharks for Fiji and the entire marine ecosystem was impressively portrayed: 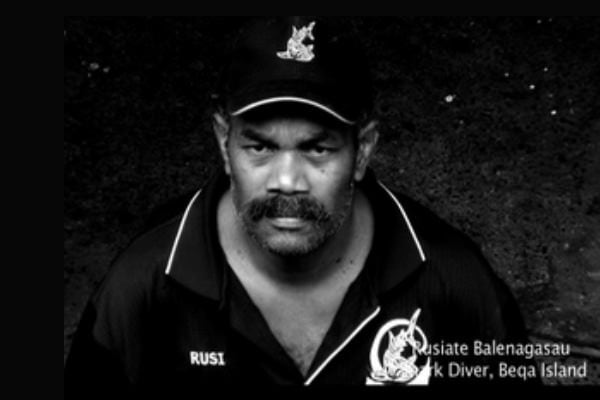 TV spot in Englisch and Fiji.

From 2012 to 2015 the Great Fiji Shark Count was carried out for the first time, during which divers and snorkelers could report sightings of sharks, rays and sea turtles. The count, planned each year between April and November, was expected to provide information on the species composition, biodiversity and seasonal occurrence of the species. So far, in thousands of dives, 11 sharks, 5 rays and 2 species of sea turtles were registered.

In 2005 the Foundation financed the project in a first step with CHF 23,000 for the purchase of a 10-meter long motorboat called the "Reef Warden." With this boat, trained rangers control the nature protection zone and prevent illegal fishing.

In 2006 the Foundation financed the takeover of usage rights of a further village in Shark Reef with CHF 3,600. The fishermen then give up their usage rights to the Reef and in return were given a portion of the fees paid by the divers.

From 2012 to 2015 the Foundation, together with other NGOs, partly financed the Great Fiji Shark Count with CHF 9,500.

In the meantime the project has become self-sustaining as planned, but the Foundation will continue to support it if necessary.