The Exhibit "Sharks – the Hunted Hunters"

The exhibit is designed as a mobile exhibit and can easily be adapted to different room layouts.
It is regularly updated and expanded.

Additional Information on the Exhibit

Below are links that will take you on a tour of the exhibit, providing you with impressions and information for visitors, teachers, students and exhibitors. 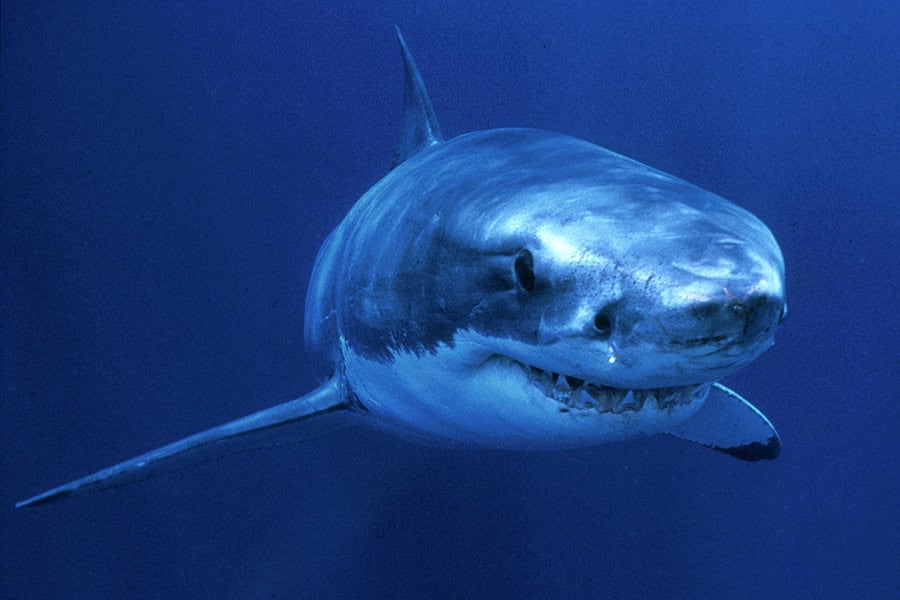 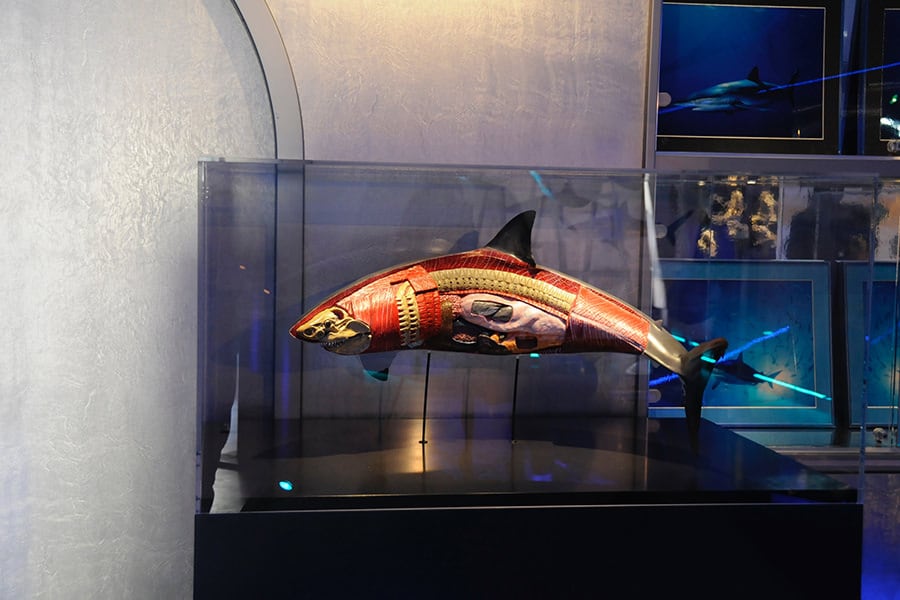 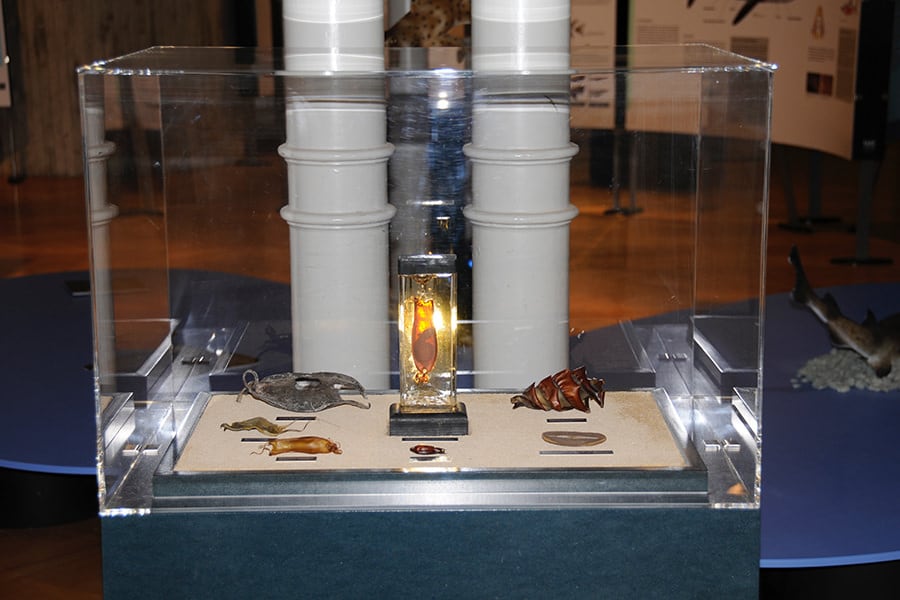 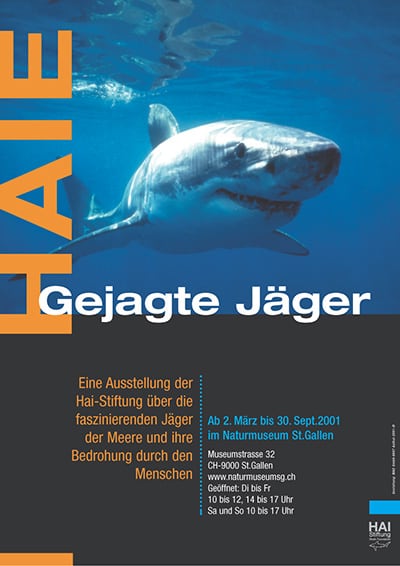 The exhibit has already been shown several times in Switzerland and Germany.

Parts of the Exhibit

Adelhauser Museum Freiburg
The Foundation produced panels for the Special Exhibit "Wasser Welt Weit/Water World Wide".
2000 Tree of Life in Zürich main station 2009. In 2009 the world celebrated the anniversary of Charles Darwin (1809*) and his famous book “On the Origin of Species” (1859).
The Foundation designed the branch depicting the Elasmobranchs (Sharks, Skates and Rays, Chimaeras).
2009 Fossile Museum Holcim Dottershausen
Parts of the Exhibit, mainly paleonthological objects, jaws and some life-size shark models.
July to November 2014 Dinosaur Museum Aathal
Parts of the Exhibit, mainly paleonthological objects, jaws and many life-size shark models for the Exhibit "Haie der Urmeere/Sharks of the ancient seas" at the Dinosaur Museum, Aathal.
April 2018 to January 2019.