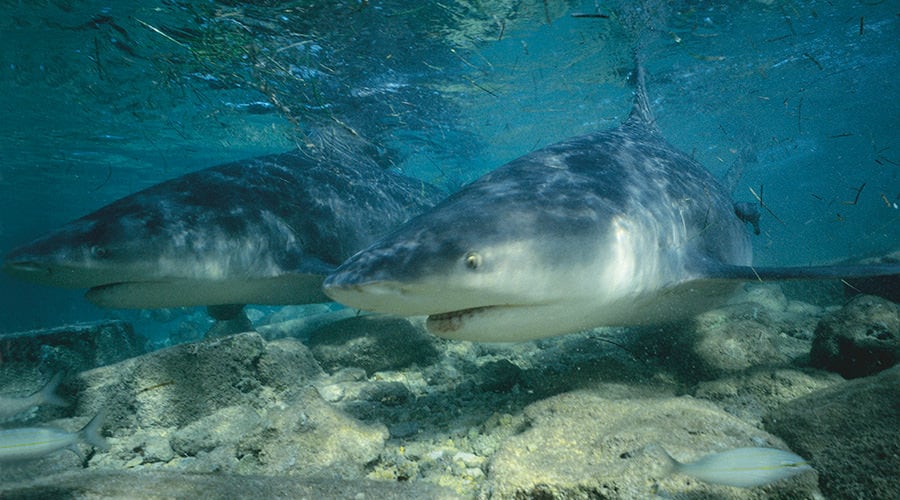 Bull sharks are very well suited for biological studies because unlike many other large shark species they often stay close to the shore and are therefore easily and inexpensively accessible. Within the scope of the project Bull Sharks of Fiji the large- and small-scale movement patterns of adult bull sharks around Fiji as well as behavioral patterns relating to active feeding were researched and studied in detail. A preliminary project (Master thesis Kerstin Glaus) also examined bull shark nurseries in the river system of the Navua River. However, no comprehensive studies have yet been made on bull shark nurseries and populations in the South Pacific region.

As part of her dissertation at the University of the South Pacific, Suva, Fiji, Kerstin Glaus did detailed research on newborn and juvenile bull sharks of the year and their nurseries in the Rewa, Sigatoka and Navua river systems. Once this information is available, young bull sharks should receive better protection.

In order to identify potential habitats of young bull sharks in the rivers, standardized interviews with 35 fishermen were conducted in the region. Nets were laid out in the river mouths between 2016 and 2018 in order to catch, measure, tag and take samples of juvenile bull sharks. At the same time important water parameters such as temperature, oxygen content and salinity were recorded. The nets were checked every 20 to 35 minutes to avoid endangering the sharks.

Standard methods and software tools were used for population and other analyses.

Thirty-five standardized interviews were conducted with fishermen. A total of 194 young bull sharks were caught, measured and marked during the period under study. Based on the analysis of the not yet completely healed umbilical cord scars of newborns, their birth period could be dated from roughly December to January. This is the rainy summer season in Fiji. Newborn bull sharks are between 61 and 95 cm long. The evaluation of the catches showed that the river systems are specifically frequented by newborn bull sharks. This year's young and juvenile bull sharks were rarely caught. 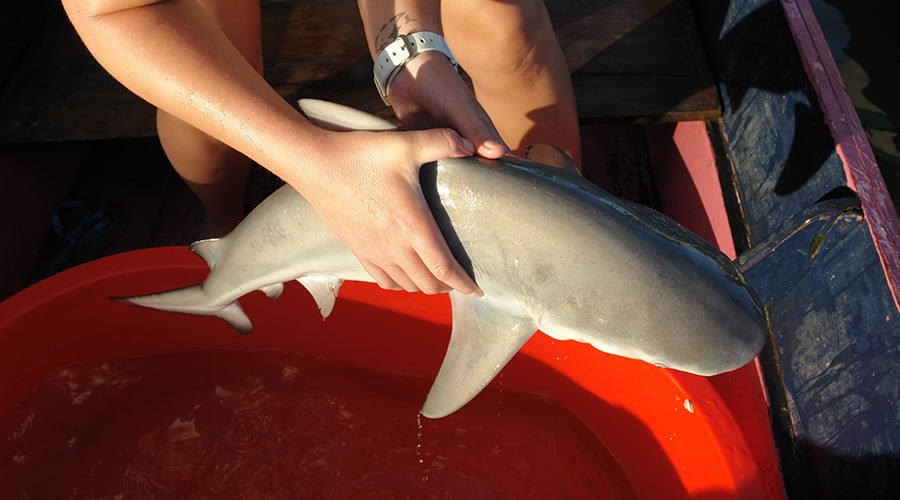 Analyses of Indo-Pacific bull shark populations showed that these differ considerably from other populations around remote islands such as New Caledonia and Fiji. Very small genetic differences existed between the populations of West Australia and South Africa, and between West Australia and Papua New Guinea. This indicates that natural barriers such as the Sunda Shelf and the Torres Strait do not prevent any large-scale distribution of bull sharks.

The results obtained from the project have so far been the published in three (3) scientific journals.

The Shark Foundation financed consumables, sampling, analyses, and travel expenses among other things for this project.

This very productive and comprehensive project was successfully completed in 2018.