An alarming reduction of sharks has been noticed in West Africa, due mainly to the ever increasing demand for shark fins in the Asian region. Large hammerhead sharks, lemon sharks and bull sharks are especially affected by a threatening decrease in numbers, but many other shark species and skates are also affected. 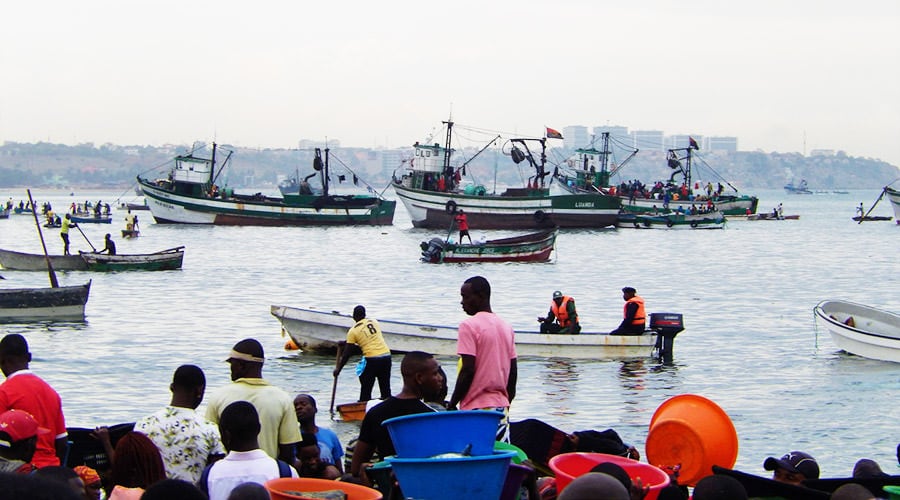 Angola is located in the northern part of the so-called "Benguela Current Large Marine Ecosystem (BCLME)," an extremely productive marine region due to the confluence of the Benguela and Angola rivers which produces turbulence that transports nutrient-rich deep water to the surface.
The demand for shark fins is the reason why the establishment of local coastal fisheries in Angola has sharply increased, especially within the last 10 years (source FAO, United Nations Food and Agriculture Organization). Precise data on specific shark fishing is not yet available, but shall be collected in this project. 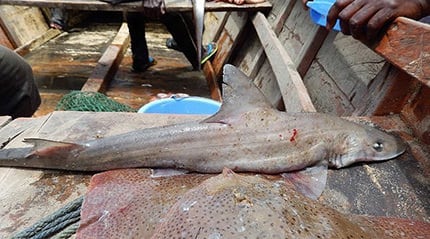 The project's objective is to obtain basic data on artisanal fisheries on the Angola coast. Such data is not available today. The data collected with the help of this project will then make it possible to work out protective measures.

Information on the occurrence, the landing frequency of various shark species, as well as catch methods can be gathered by means of standardized interviews with fishermen and sellers. On-site observations by shark specialists should verify and enhance any such collected data.

By 2019, in the space of two visits, the various catch methods used on the Angolan coast were determined and more than 50 landed sharks and various skate species were identified and measured. Biological samples were collected for later analysis. Eleven different shark species were observed in the area being researched.

The project is progressing well. An initial interim report with data from different harbors in Angola is available.