New 2020: West Africa’s Cape Verde is an archipelago of ten volcanic islands, home to over 60 shark and ray species. In Cape Verde’s islands sharks are not intensively exploited, making it an elasmobranch hotspot. However, threats to the country’s shark population are on the rise. 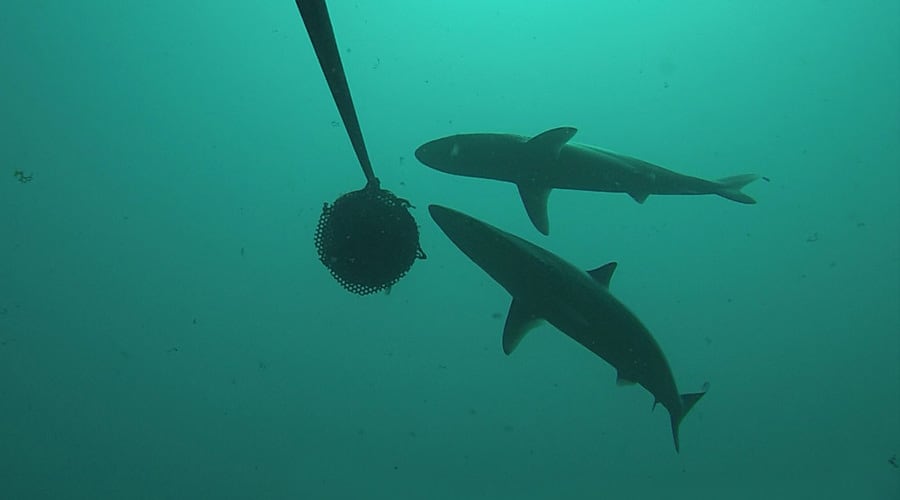 Sharks are a highly endangered group of species. In the last decade, an estimated 100 million sharks were killed globally per year (Worm et al. 2013, Dulvy et al. 2014).
West Africa’s Cape Verde is an archipelago of ten volcanic islands, home to over 60 shark and ray species including whale sharks, tiger sharks and manta rays. Such species have faced uncontrolled exploitation across Western Africa for many years, however Cape Verde’s islands – Brava and Maio in particular – are exceptional in being the only country in this region where sharks and rays are not intensively exploited, making it an elasmobranch hotspot, and one of the last refuges for these species in the North-eastern Atlantic (Santos et al. 2018).
However, threats to the country’s shark population are on the rise. Illegal and excessive fishing, pollution and climate change are just a few examples, along with the rapidly expanding tourism industry in the region, which has further increased pressure on Cape Verde’s marine ecosystems and species including sharks.
Two nongovernmental organizations already exist who are involved in protecting the waters around the Cape Verdean islands, Fundação Maio Biodiversidade (FMB) in Maio, and Biflores in Brava. As part of this project the main sponsor, Fauna & Flora International (FFI), aims to build up these two organizations to such an extent that they will be able to take over all protection tasks independently in the future.

There are very few places left where sharks can find safe feeding and breeding sites. The waters surrounding the islands of Brava and Maio in Cape Verde are two such refuges. Despite this, even these populations are threatened, and urgent work is required to establish a strong conservation infrastructure. Especially worrisome is the rapid growth of tourism which brings threats in its wake, notably poorly supervised big game fishing. Moreover, knowledge about shark populations in Cape Verde is very limited and thus we do not yet fully understand how best to work with communities to protect these species.

This one-year project aims to research and lay the foundations for shark conservation in Cape Verde on both Brava and Maio islands by closing knowledge gaps, building local capacities and conducting targeted outreach initiatives to stop negative practices that endanger sharks.
A key element of the project is to involve communities in shark conservation and make the surrounding waters of Brava and Maio safe havens for sharks with healthy populations supported by functioning ecosystems. The project objectives are as follows:

The main multi-year project will start in 2021 and will include, among other things, protecting shark nursery areas identified during this project, replicating Maio’s Guardians of the Sea program on Brava Island, and tackling semi-industrial and industrial fishing at the national level through a national network of nongovernmental organizations (NGOs) and academics (replicating the successful Cape Verdean Sea Turtle Network TAOLA). 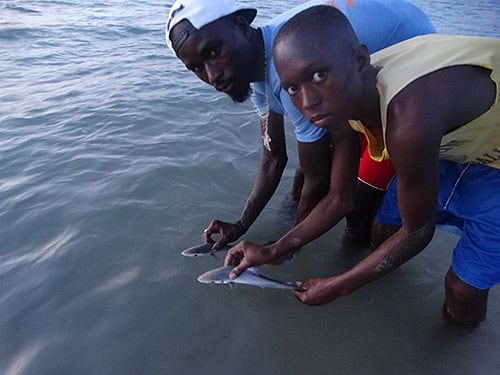 Pre-project
The preliminary project started in 2019, but work had to be stopped at the beginning of 2020 due to the Covid-19 pandemic. Since August 2020, the project team has slowly resumed work.

The project is mainly financed by Fauna & Flora International (FFI) who also appointed Julia Späth as project manager. The Shark Foundation supports the shark- related part of the project for 2 years with CHF 20,000.
Covid-19 has caused delays of at least 8 months in the pre-project and main project.