Any well made and interesting photo documentations in the media can help improve the bad image of the sharks. The highly renowned animal and underwater photographer Steve de Neef (Maine, USA) has produced three photo and film documentaries about thresher sharks and a research expedition in the Philippines as well as whale sharks in Mafia Island (Tanzania) with the support of the fFundation. His photos and texts have been published in well-known journals worldwide.

Malapascua in the Philippines is known for its community of thresher sharks and attracts eco-tourists and divers. The thresher sharks can be found there daily at a cleaner fish station near the Monad shoal where they can be uniquely observed at close range.

2013 typhoon Haiyan destroyed almost the entire island of Malapascua. Fortunately there were no fatalities. The reconstruction of the island's infrastructure and houses proceeded extremely fast compared to neighbouring islands without ecotourism. The diving bases and the active assistance of divers made this rapid reconstruction possible.
In his photo and video documentary, Steve de Neef wanted to show how diving tourism has had a positive and exemplary impact on Malapascua and how the island benefits from living sharks. A live shark is worth much more than a dead one!
Another goal of the project was to establish a dialogue with the public authorities of the Philippines (DENR, Department of Environmental Resources) and the BFAR (Bureau of Fisheries and Aquatic Resources) using information from Malapascua as a basis in order to improve the protection of thresher sharks in the Philippines.

Photos and texts have been published in the Ocean Magazine, in Rappler, one of the largest Philippine organs and in various US diving magazines. 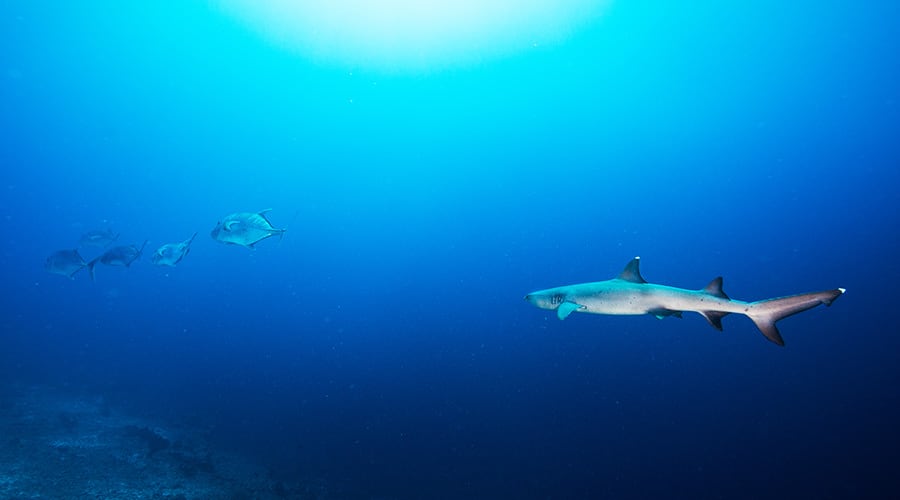 A whitetip shark in Tubbataha reef.

In May 2015, a team of the world’s top shark scientists ventured to Tubbataha Reef’s Natural Park in the Philippines to conduct a groundbreaking assessment of the elasmobranch population. Situated in the heart of the Coral Triangle, Tubbataha is an essential sanctuary for the rapidly declining population of sharks in Southeast Asia. The park provides protection for many critically endangered species and redistributes life to the surrounding waters.
Unfortunately very little is known about the sharks that call this unique UNESCO World Heritage site home. A research expedition was desperately needed to gather more knowledge about this unique ecosystem. The team conducted the first comprehensive shark survey within Tubbataha Reef’s Natural Park using non-invasive methods such as remote underwater video and visual surveys.
Some of the questions the expedition hopes to answer were:

Regular visits of scientist to this UNESCO World Heritage Site will follow in the next years.
Photos and texts have been published in the Ocean Magazine, in Rappler, one of the largest Philippine organs and in various US diving magazines. 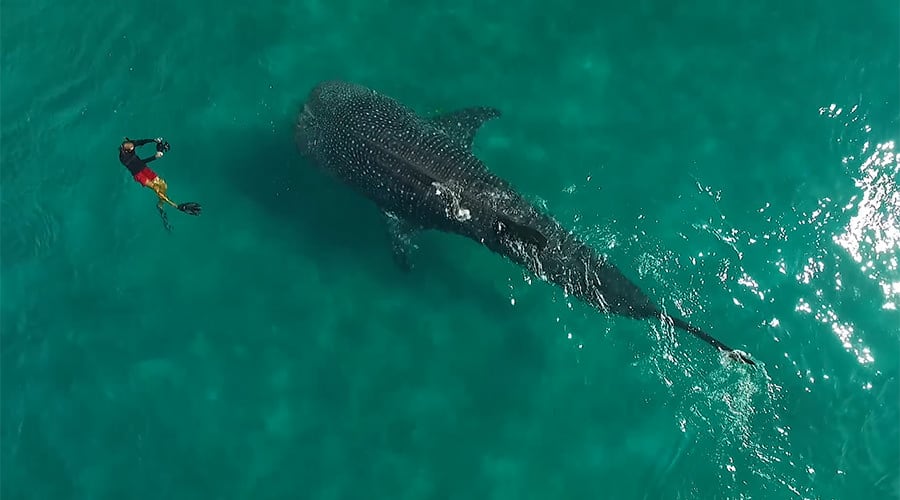 Whale sharks are globally endangered and strictly protected. Mafia Island (Tanzania) is one of the few worldwide hotspots where juvenile whale sharks up to 9 m in length are regularly encountered. Mafia Island is therefore one of the most important research stations of the Marine Megafauna Team around Simon Pierce and Steve Rohner, who study whale sharks worldwide (see also the Foundation's long-term Whale Shark Project).
Steve de Neef, with the help of the foundation, has created a very nice photo and video documentation of their work and the whale sharks as part of an expedition of the Marine Megafauna Team to Mafia Island.

Photos and texts have been published in National Geographic, among others. Steve's video about Mafia Island was clicked at least 2 million times.