Migrations and Thermoregulation of Nurse Sharks

Nurse sharks visit the very warm waters around the Dry Tortugas (Florida) in June/July for mating. Tagged males are sighted annually, females only every 2 or 3 years. Surprisingly, some nurse sharks do not stay in the region but migrate over long distances to return to the Dry Tortugas later. 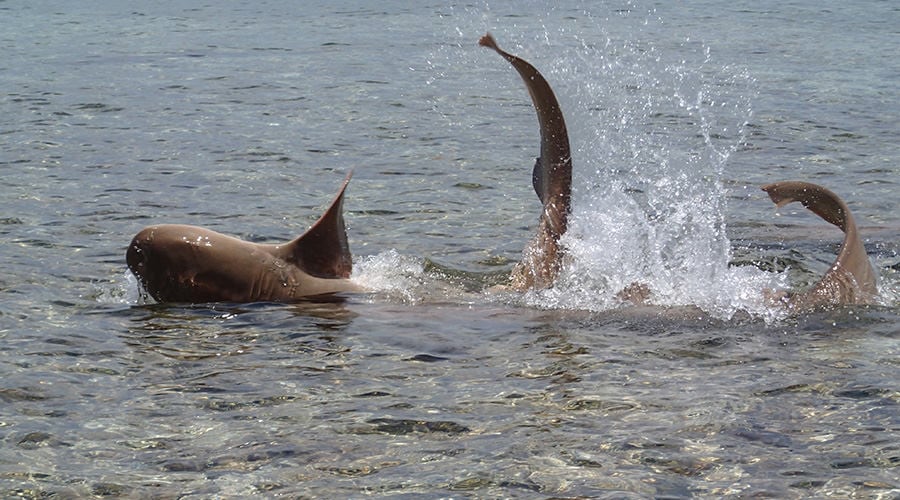 For thousands of years, nurse sharks (Ginglymostoma cirratum) have been gathering every June and July in the very warm waters of the Dry Tortuga Islands off Florida to mate. Some of the females stay in the region and return to these waters in autumn to give birth. It is believed that the cold-blooded sharks visit this region to raise their body temperature, similar to reptiles, to facilitate the development of their embryos and birth. The appearance of nurse sharks in the region is subject to a certain regularity. While the males appear regularly every year during the mating season, the females also return regularly, but only every two to three years.

As nurse sharks are not particularly fast and agile swimmers, it was previously assumed that their populations are local and that they do not undertake major migrations.

The project team visited the Dry Tortugas for 23 years in the months of June/July, the mating season of the nurse sharks. The study area was an approximately 8,000 m² large seagrass lagoon. The nurse sharks were equipped with normal plastic tags for visual identification and some with G5 transmitters (CEFAS transmitter) for recording temperature and depth. Fifty-seven adult nurse sharks (40 females and 17 males) were tagged between 2005 and 2014 with Vemco VR2 transmitters. Four Vemco receivers were permanently mounted in the lagoon to record the movements of the sharks with transmitters. In order to minimize disturbing the nurse sharks, only kayaks and nets were used for the marking work.

Hundreds of nurse sharks were tagged during the entire period under study. However, the results only refer to the 57 animals equipped with Vemco transmitters. 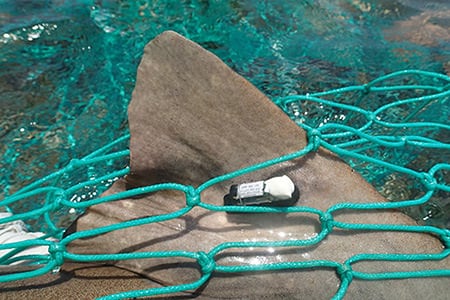 The 23 years of observation of nurse sharks showed that the females stay in the region after mating and return in autumn/winter to give birth to their young. This is also consistent with the already known 131 to 207 day gestation period of nurse sharks. The sharks probably take advantage of the high temperatures in the shallow region to shorten their gestation period and to make giving birth easier. The females all leave the study area between April and early May, clearly before the next mating season. Several reasons are conceivable for this nonrandom gender separation: the females need time to recover from birth and, in the case of nurse sharks, from rather rough mating; and their 3-4 cm eggs must first redevelop in the uterus.

A scientific paper was published about the project.

The foundation financed a large part of the transmitters.

The project was successfully completed in 2018 with the publication of the results.