Catch analysis of Sixgill Sharks in the Mediterranean

According to the Red List of Endangered Species of the IUCN, bluntnose sixgill sharks are not endangered, however the fishing industry in the Mediterranean is badly documented and controlled and these sharks are often found in the bycatch of deep-sea fishing vessels (down to 2000 m). 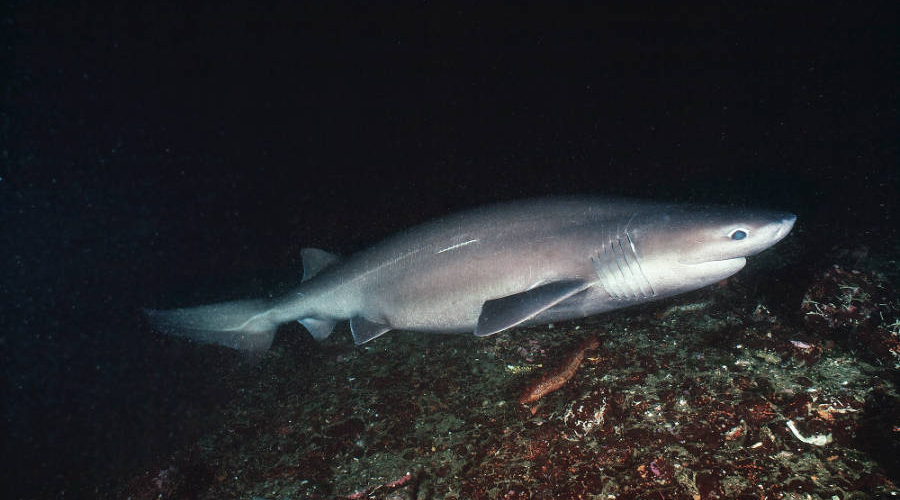 The population of sixgill sharks (Hexanchus griseus) in the Mediterranean is not considered to be declining. Yet considering the decreasing trends of most other shark populations in the Mediterranean, which have shrunk to 10 to 20% of their former size, this positive assessment seems rather unlikely and outdated.

Before this shark species must also be classified as endangered – just like more than 50% of all shark species in the Mediterranean – this study should determine whether the populations of the bluntnose sixgill sharks are stable in the Mediterranean, or if an upward or downward trend in catch numbers is noticeable. Only in this way can a possible reduction in numbers be countered at an early stage before their populations are truly endangered.
The project is coordinated by Ignasi Nuez from the Submon Association, a member organization of the EEA in Spain.
The project is not only of great interest for shark protection but should also promote cooperation between various EEA members in the Mediterranean area, especially with the newest EEA members Greece and Israel.

Based on interviews and observations the study should show trends in the landings of sixgill sharks in the entire Mediterranean. It will be carried out together with local scientists and helpers in 11 countries, including: Spain, France, Italy, Greece, Libya, Algeria, Tunisia, Montenegro, Albania, Cyprus and Israel.

2019: The project is in progress, and an initial presentation of preliminary data was made at the IUCN Workshop (International Union for Conservation of Nature) in Palma de Mallorca in November 2019.